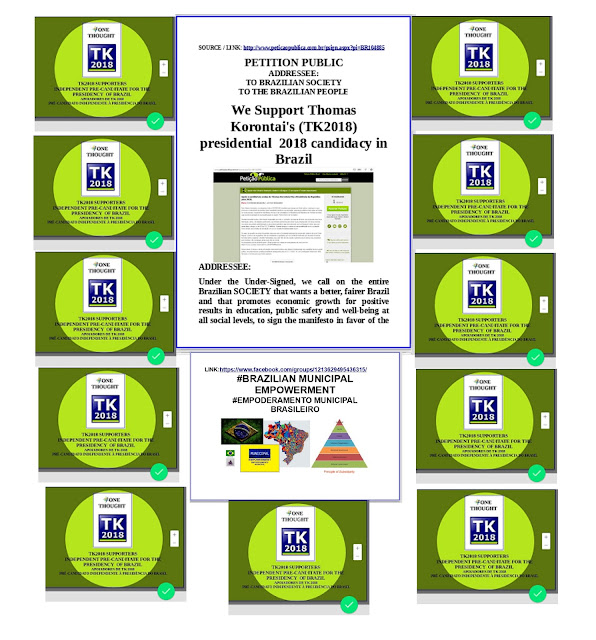 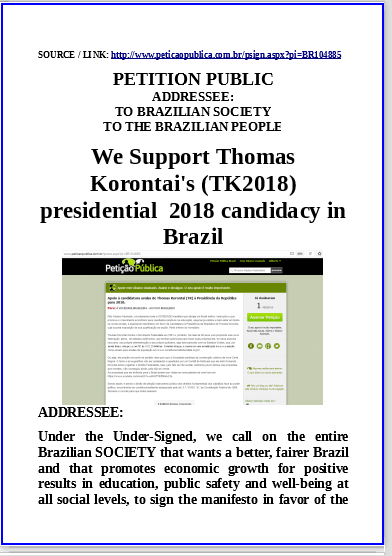 Under the Under-Signed, we call on the entire Brazilian SOCIETY that wants a better, fairer Brazil and that promotes economic growth for positive results in education, public safety and well-being at all social levels, to sign the manifesto in favor of the 2018 Thomas Korontai’s Candidacy for the Presidency of the Republic of Brazil, whose Qualifications Summary  is presented below

Thomas Korontai founded the Brazilian Federalist Movement in 1991 and, for more than 26 years, has been proposing a new full federation of autonomous states that have the autonomy to make their own laws, have their own resources, their own administration and their own judiciary , something very similar to the United States, which, as a result, reached a GDP of US $ 20 trillion. Mr. Korontai even wrote a new constitution and proposed it as an essay to be submitted to the Brazilian population  in
www.constitucionalfederalista.org.br

That is, it proposes a initial point, but wants the Society to participate in the collective construction of the new Magna Carta. The text and suggestions will be analyzed and adjusted by a Honourable Members   Committee  he is forming. Korontai tried to register the Federalist Party, but because he did not accept unethical behaviour on the proposals he received, he was not able to do so because he did not perform  unethical acts .

The proposals he adopted by him  for Brazil can be seen in a one-hour lecture  at  https://www.youtube.com/watch?v=uMn9TTBlftM&t=23s

Therefore, and being the right of petition legal instrument of the fundamental rights of citizens face to face (“vis-à-vis”) political power, being constitutionally assured by art. 5, XXXIV, "a", of the Federal Constitution of 1988, we invite all to sign. 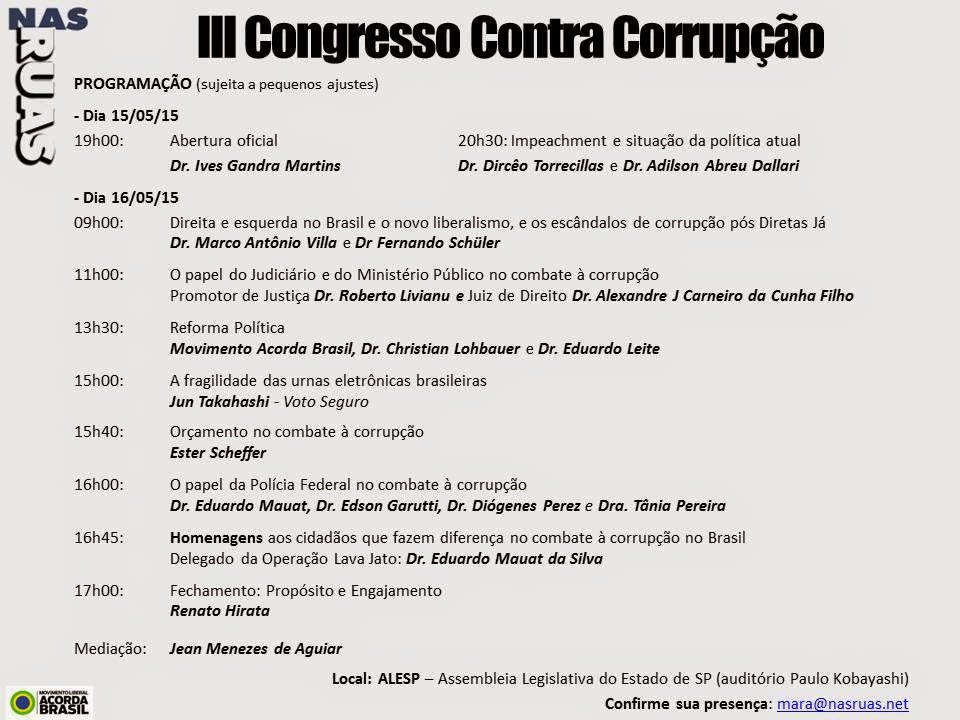